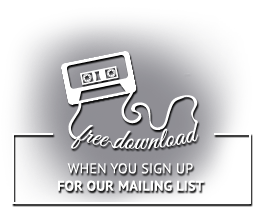 Jason Lee  May 31
This life, this pain, this death Is only temporary I know what is next But you won't believe me Make the pathway st… https://t.co/OEqzQ8mC5f

A few years ago, Hildee let Jim Rome know that we were working on a song in tribute to everyone's favorite engineer Alvin Delloro.  It has finally come to fruition, and you can download it by signing up to our mailing list, or listen to it on SoundCloud. 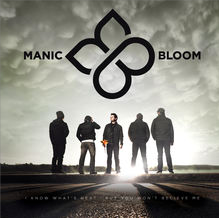 Our first full-length album is finally here! I Know What's Next...But You Won't Believe Me is available on iTunes, Google Play, Spotify and more.  You can also buy physical CDs and new t-shirts on our store.

All Kickstarter rewards should have been received at this point - if you have any questions, feel free to reach out to us on facebook or email us at info@manicbloom.com.

There are no upcoming shows at this time

Most Recent Past Dates

View All Past Tour Dates

Eight years after forming in a room where the only pieces of furniture were a piano bench and a drum throne, Manic Bloom has found its voice.  It wasn't the delusion of grandeur or the promise of fame that inspired the five members to let go of everything and pursue their musical ambitions.  That isn't quite the style of Nashville, Tennessee's "Epic Melodic Rock" band.

"We played plenty of shows to empty rooms when we were first starting out," drummer Jeff Brinkley admits.  "It was during that time we had to ask ourselves a lot of questions about who we are and what we were trying to accomplish.  If any of those answers had anything to do with money or stardom, I'm pretty sure we wouldn't be where we are today."

In their 2015 release "I Know What's Next...But You Won't Believe Me," listeners can hear some of the thoughts that were going through their heads.  Visions of hope met with brutal struggles.  Intense passion confronted with equally concentrated opposition.  This dichotomy is what defines Manic Bloom, according to keys player Jeff Hildebrand.  "The reality is that we all live in conflict.  However, we've seen over and over again that if we persevere, the result can be beautiful."

And persevere they have, gaining airtime on MTV, the Jim Rome Show and the Oxygen channel.  They also found themselves as the exclusive background music for the videos of internet sensations Dude Perfect, whom have over 70 million views on YouTube.  "Almost immediately after [Dude Perfect] used our music, we started getting emails from people all over the globe," recalls frontman David Joel Stevenson.  "We were having to use online translators just to communicate with fans - it was surreal."

Manic Bloom approached the process of recording IKWNBYWBM differently than their first two EPs.  Though still completely self-engineered and produced, "we were very intentional while recording this time around," said bassist Andy Neale.  "We were not going to be satisfied with just releasing a handful of new songs.  We threw parts away and re-recorded entire tracks multiple times, and several melodies were rewritten weeks after we thought they were already solidified.  We even completely scrapped one song because it didn't fit the cohesiveness of the others."

After emerging from their basement studio, which they have nicknamed "The Dungeon," they called upon mixing engineer J.R. McNeely (Relient K, Thousand Foot Krutch) and mastering engineer Brad Blackwood (Maroon 5, twenty one pilots) for the finishing touches.

"[For this project], we focused a lot more on what's in front of us," said guitarist Matt Lawrence.  This album is about everything after this moment.  We're not stopping." 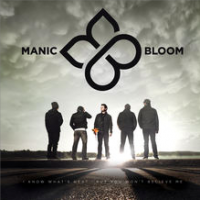 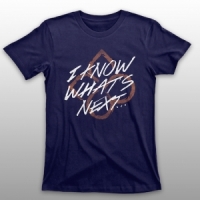 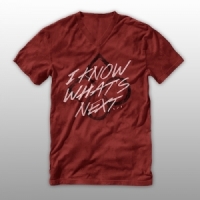 Hey bloomers, well, it’s FINALLY out – I Know What’s Next But You Won’t Believe Me, the full-length album. Yes, it took FOREVER, but now you can actually listen to it. I can’t tell you all how much we wished it could have been released sooner, but with great anticipation, it’s actually finished and can be enjoyed by all of you!

After what we’ve been through over the past few years, we can’t believe it’s done. You all can listen to it on iTunes here, Google play here, Amazon here, or Spotify here. And if you’re a little old school (or just enjoy high quality audio like us) you can order the physical album on our web store at http://www.manicbloom.com/store.

We also have some sweet t-shirts there as well shown here by my wife and puppy, Leon (a handful but totally fun! Leon, not my wife; although she can be a handful sometimes but would say the same about me ;)  ) 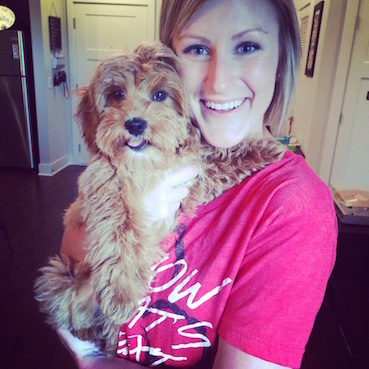 So feel free to order yourself one and one for your mom too since Mother’s Day is fast approaching. Because you can never thank your mom too much and you know she loves some Manic Bloom!

As always, we can’t thank you all enough for your gracious and incredible support. We couldn’t have recorded and released this album without you all. Right now, we’re working on scheduling a Nashville album release show at the end of May and hope to see you all there rocking out with us soon! 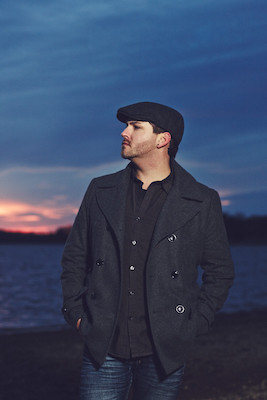 The featured download is Lil Alvie D (King Of The Jungle)